The Red Flag of Lis Pendens – What You Need to Know 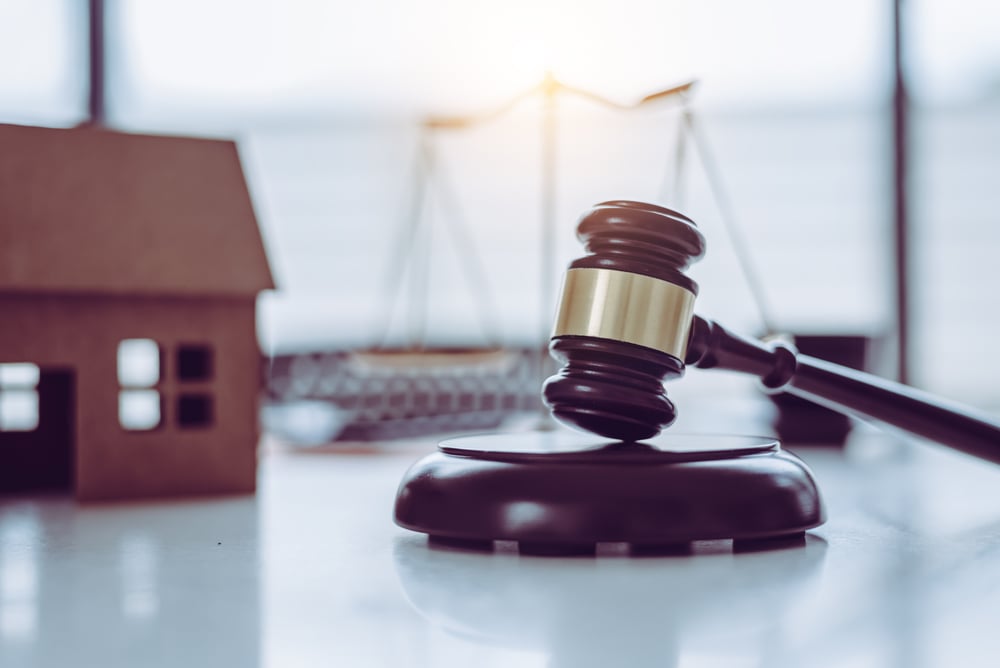 The term lis pendens literally means “a suit pending,” and is often abbreviated as lis pend. If you see this term connected with a piece of property, whether yours or one you are thinking about buying, it means legal action has been filed in regards to that property.

Lis pendens can make trouble for both buyer and seller, but the more you know about it, the easier it will be to determine your next steps in your search or purchase process.

What, Exactly, Is Lis Pendens?

Lis pendens is nothing more or less than an official public notice that a lawsuit has been filed that involves a claim on a property. It means that buyers should assume that litigation exists in connection to that property, serving as notice that it may not be a simple transaction.

For example, if a bank is suing a property owner, and the owner sells the land, the new owner becomes the target of the lawsuit because the suit is usually about a dispute of ownership. One party is using lis pendens as a way to protect its claim, and in the process, create hurdles for selling the property. It won't prevent the sale, but most buyers will steer clear.

For example, during a divorce, if the distribution of real estate is not settled, lis pendens may be filed. This is often true when the property is listed in the name of one spouse, but the other spouse demands a portion of assets. It makes it difficult for the spouse on the title to sell the property before asset division is settled.

On the other side of things, a buyer who feels wrongly excluded from the purchase of a property after a sales contract has been signed can file a lis pendens against the home. If an individual enters into a contract to sell a house then decides to sell to someone else, a lis pendens can put the brakes on that sale. Either the seller will find it hard to sell the home or the second buyer loses the property to the first buyer.

Once the lis pendens is filed correctly, the property listed doesn't become off-limits to a sale, but it will be hard to find a buyer willing to go to the trouble.

Beyond making a property difficult to sell, closing agents can face charges of malpractice if they fail to discover a lis pendens related to a property, allowing the transaction to close with notification to the subject parties. Due diligence, including a thorough title search, tax search, and existing mortgages can help avoid a malpractice suit.

Online property and title databases simplify and streamline title searches and the discovery of problems such as lis pendens and liens.

During the Great Recession, over 25,000 lis pendens were filed in Florida in a single month, indicating the high rate of property foreclosure.

There are also some downsides to filing lis pendens.

If you are considering filing lis pendens, be sure to follow statutes to the letter.

How Do You Know There Is Lis Pendens on a Property?

Anytime you consider purchasing land, a home, or any other real estate property, you should perform a title search. All liens, lis pendens, and other actions pertaining to that property are recorded there.

Since a title search for home buyers may not take place until the sales transaction is underway, you may wish to perform a title search earlier if there is any suspicion of a problem, before you sign any contracts. Besides, most mortgage lenders don't want to provide financing for a property under a cloud.

The lis pendens process is governed by the state, so each state may have different rules in place for filing and lifting lis pendens.

Typically, to remove lis pendens, it must be expunged or withdrawn.

Withdrawal of lis pendens, on the other hand, only requires that the filing party completes and records a document officially withdrawing the complaint.

It is possible for lis pendens to be abused for various reasons. An individual may decide to target a property owner and file lis pendens to cause trouble. If the claim is not valid, the filer may be charged penalty fees and possibly accused of slander. In the meantime, the property owner is inconvenienced while fighting the notification.

Lis pendens is a useful legal tool to enforce action on or delay the sale of a property since it tends to make selling difficult. Most buyers will walk away rather than take on the trouble. However, when abused, the filer is at risk of civil lawsuits and penalties.

Lis pendens is often a red flag in a title search. It doesn’t prevent you from buying or selling the property, but there are additional steps to be taken before the deed is transferred.