Negotiating Oil and Gas Leases: How to Make the Deal 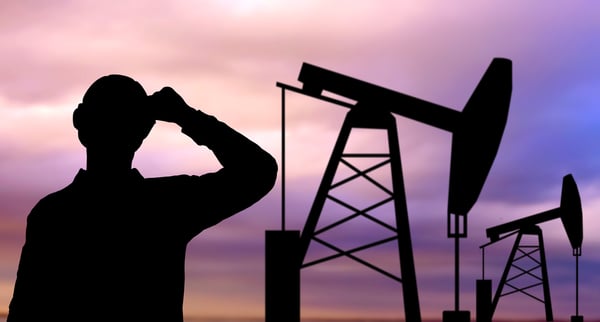 Negotiating oil and gas leases is like many other negotiation activities. Most landowners don't work with oil and gas leases very often while landmen are highly knowledgeable. However, this is a contract negotiation, and both sides must understand the various terms, clauses, and proposals found in any lease agreement.

Here are a few tips on how to make the deal.

Both parties, owners and landmen alike, have homework to do before sitting down at the table. For an owner, there is no advantage in jumping at a proffered lease before learning a few things about the lessee and the world of oil and gas leasing. For landmen, preparation is crucial to getting the best deal for the company that hired them.

Owners can start by determining if anyone else has been contacted about the same tract of land. Relatives and partners may have had the same offer made, and the owner needs to know that. Owners have other research to perform as well, especially if this is the first time they have negotiated an oil and gas lease.

Landmen should identify their bottom line, rank their priorities, and set a deadline for the completion of negotiations. The bottom line should be firm, but the deadline is negotiable. The owner should be allowed the time to understand the deal in full before signing.

Owners (potential lessors) need to know as much as possible about the lessee.

The landman will have done the homework before contacting the owner, but learning more about the potential lessor can make negotiations go more smoothly.

Both parties benefit if everyone remains courteous. Contentious negotiations may fall apart and benefit no one.

It’s best for everyone to start on the same page. Before talking forms or money, the parties need to understand and negotiate the basic terms that make up the lease contract.

Other terms may include whether or not the lessee offers to pool lands into a unit, an increased royalty after a well pays out, and a minimum annual royalty. Both parties want the best terms for themselves. Lessors prefer the highest bonus, delay rental, and royalty fraction possible. Lessees prefer the opposite.

Factors affecting the terms for lessors include whether there is already established production in the area, if more than one company is competing for the lease, and the lessor’s sensitivity to risk. The geographic location of the lease also plays a role.

All terms are negotiable. The landman may not be authorized to accept changes, but someone else can. Owners should stand firm.

Whose Lease Form Should Be Used?

The lease form offered by the landman is likely drafted by the oil and gas company. It will be written to protect the lessee, including forms with the words “Producers 88” at the top. Bank trust departments also draft leases, which are more protective of lessor interests.

The lessor fares better with forms from a bank trust department or a retained attorney. In Texas, the Texas Land Management Association provides a form that addresses most terms found above as well as riders such as a Pugh clause or pooling clauses. The TLMA form is commonly accepted by lessees and lessors throughout the state.

Lessors should check the royalty clause for items such as production costs, affiliate sales, processing costs, and royalty due dates among other things. Also contained in the lease may be continuous operations clauses, depth severance, and use of division orders.

Finally, be careful of using bank drafts for royalty payments. Bank drafts are not checks; they are not unconditional promises to pay the stated sum. The lessor is more at risk from the limitations of a bank draft than the lessee.

If the lessor owns substantial acreage, it may also be wise to negotiate for the rights to any seismic data collected by the lessee during the lease term. Seismic data is valuable and can be an advantage in future negotiations.

Preparation and research before the lease negotiation benefit both the lessor and lessee. Both parties must understand the terms of the lease before signing to ensure an equitable deal. Negotiating courteously and in good faith results in better relations between the parties during the term of the lease.

Lease negotiations are contract negotiations. Once signed, the contract is binding. Be sure you understand everything in it before committing your name.