The History of GIS 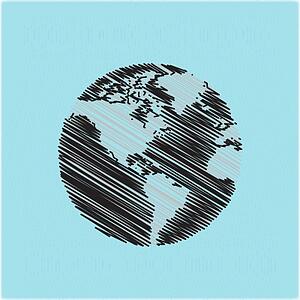 GIS (geospatial information system), with roots in traditional cartography, has become a useful tool for mapping and evaluating an area of land. Unlike cartography, GIS presents data in a way that can be analyzed and argued so intelligent decisions about property can be made. Believe it or not, GIS didn’t arise as technology began to blossom. Instead, a primitive version of GIS has been around since the 1800s.

Prior to reaching the mid-19th century, a French cartographer by the name of Charles Picquet mapped a cholera epidemic in France. Using color gradients, Picquet created a visual representation of cholera epidemiology that spanned 48 Parisian districts.

Cholera continued to plague much of the most populated areas of Europe in the 19th century. After 1854’s cholera epidemic in London, English physician John Snow mapped the progression of the disease throughout his city. Unlike Picquet, Snow used this map to present information to others with the intention of addressing cholera treatment.

Approximately half a century later, the first true GIS were created in Ottowa, Canada. Named CGIS (Canada Geographical Information System), it was used to gather, collate, and analyze information collected for the Canada Land Inventory.

The industry standard for GIS arose in the 1990’s, when ArcView was released. Designed as a desktop mapping solution for Windows, this GIS version was the grandfather of our current GIS technology.

GIS mapping technology has multiple uses in today’s commercial environment. From oil and gas companies to education, over 30 industries benefit from the advancement of GIS technology and its ability to visually represent complex data sets. The following six major industries use GIS technology on a regular basis to perfect planning and operation.

The development of GIS technology streamlined the process of research, planning and project logistics for professionals in nearly every industry.

Tracking down a GIS map can take a lot of time and energy – two resources busy professionals may not have. This is where online GIS map search comes in handy. From the comfort of your office or home, online record search enables you to retrieve documents related to any property.