What Are Joint Operating Agreements in Oil & Gas? 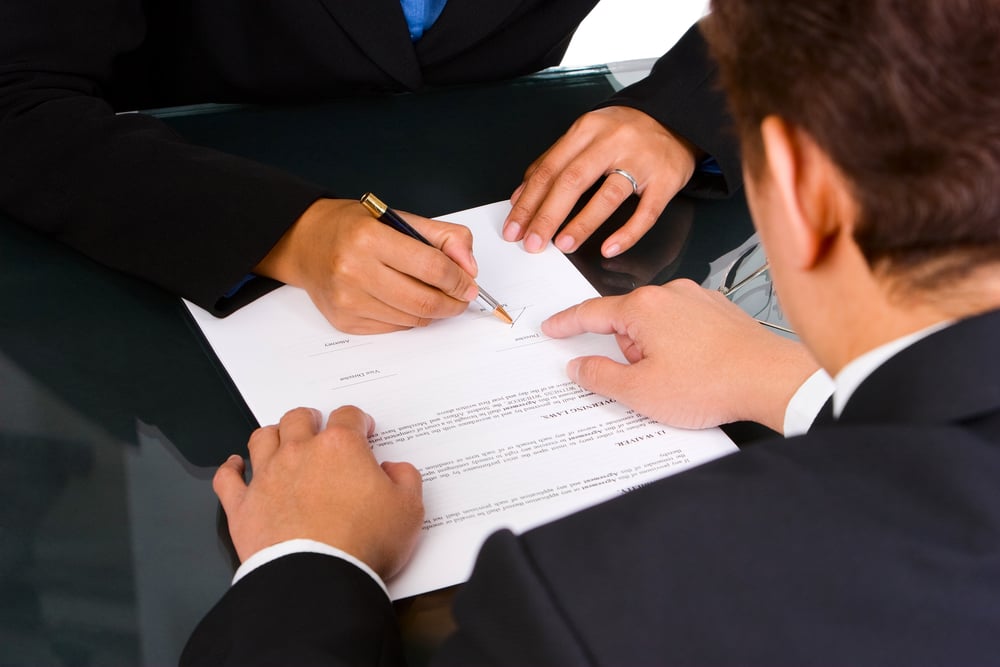 After oil and gas lease agreements, the Joint Operating Agreement (JOA) is the most common contract used in the industry. JOAs are agreements between two or more entities that spell out who is considered the operator for the exploration and production work and the way revenue is to be split among the members of the JOA among other things.

Joint operating agreements are popular because they provide a way to spread the risk of exploration and drilling. However, they can become complex rather quickly, and everyone involved should perform due diligence before signing. You must understand exactly what the agreement means for you.

A joint operating agreement, typically designated as JOA, is a contract between two or more mineral interests that collaborate on a gas or oil lease to share resources and expertise. The contract governs a joint venture between those who sign the agreement while allowing each company to retain its own identity.

A JOA is not the same as a merger. The signatories remain separate companies that agree to work together according to a set of rules.

The operator has control of all operations as established by the JOA. The non-operators retain only indirect control of operations. They may vote on future operations, elect whether or not to consent to an operation, and have some inspection rights.

The most commonly used JOA is Form 610, mentioned above, which is curated and published by the AAPL. Other JOAs are available but may be designed for specific situations.

Ownership of the oil and gas property may be shared by multiple owners. The owners execute oil and gas leases among multiple lessees. The lessees now own the leasehold estate in “undivided fractional shares.” The lessees may then assign undivided fractional shares of their leases to third parties. Suddenly, multiple companies and individuals are involved with a single oil or gas estate.

As you can see, it gets complicated fast. Without a contract stating how everything will be administered and how revenue is shared, the risk grows for each non-contracted partner. This type of arrangement has been termed the co-tenant problem.

Companies use joint operating agreements to legally assign and assess rights and obligations among the assignees of the JOA. The JOA provides a structure for mining operations and revenue sharing. Each entity under the contract also shares the risk of the venture so that no single company or individual bears the entire burden.

The Benefits of a Joint Operating Agreement

As mentioned above, the primary benefit of a JOA is the protection it provides to those under contract. Not only is the liability and risk shared, but the details of operations and profit and revenue sharing are also specified. Each co-tenant in the contract has specific obligations and rights under the contract.

The rights and obligations of each co-tenant, the operator and the non-operators, are clearly delineated.

The primary risk of entering into a joint operating agreement occurs when a co-tenant does not fully understand the agreement. An example from the Landman Blog provides an example of what can happen when a co-tenant hasn’t performed due diligence before signing. We invented company names to make it easier to track.

After the JOA is signed, GreaseMonkey assigns a third party, RevenueBoom, a royalty interest of 2% out of its share of the interest according to the terms of the JOA. PetrolAssets proposes a new well on the shared lease, but GreaseMonkey decides to non-consent.

Because the third party’s agreement is with GreaseMonkey, PetrolAssets has no obligation to pay RevenueBoom any share of revenues from the new well. In other words, because:

Joint operating agreements make it possible to pool resources and spread risk. They also guide how the joint operation pays out revenue and profits. In the high-dollar and complex world of gas and oil exploration and production, a contract is a crucial element in protecting all concerned. However, each party must perform due diligence with any contract to protect their own interests.