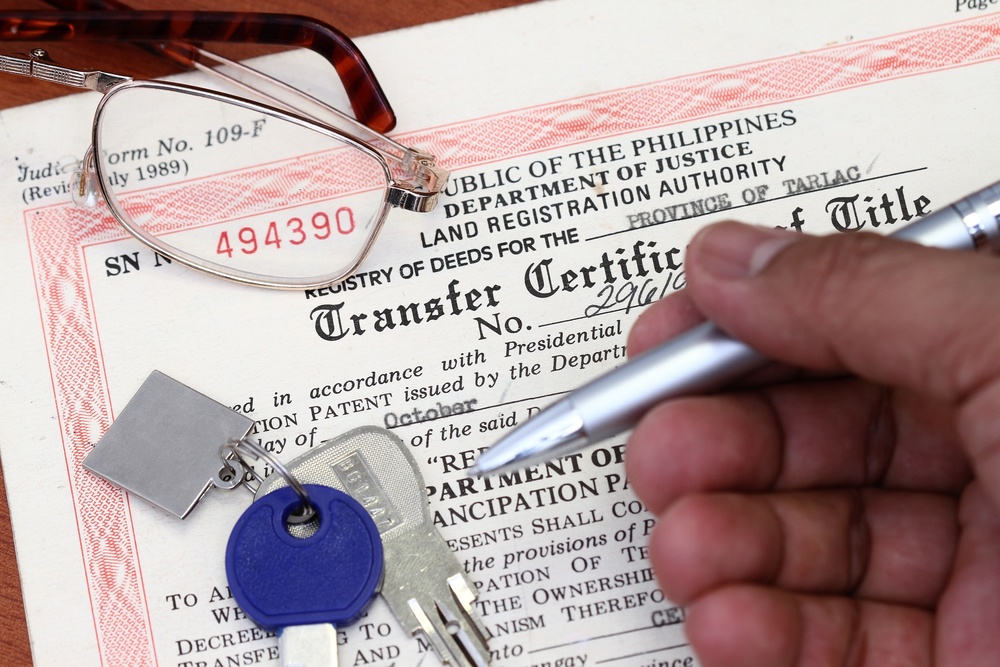 Nothing has sustained its value since the beginning of civilization like land. Land ownership has long been considered the pinnacle of success. Monarchs owned all the land in their kingdoms. Knights were awarded land for service to the King or Queen. Colonists set out across the Atlantic Ocean for their own piece of land.

Land title evolved as a legal concept denoting the official ownership of a specific parcel of land. The land title is transferred from owner to owner, on down through the years via a document called a patent. However, who was the original titleholder? Moreover, what, exactly, does a land title covey to an individual?

A land title is always acquired from the previous titleholder. But if you trace the title to its beginning, who was the first title owner? In the United States, all original titles were held by the government, either federal or state. The government can grant a patent for that land to a person or persons, but not corporations (unless an act of Congress is implemented).

The US government obtained ownership of the land from other governments that claimed ownership through a variety of means, even when it was already inhabited when it was claimed. As time went on, a legal procedure was developed to grant a land patent using a document called a title to convey ownership to the holder.

The Culture of Land Ownership

In many parts of the world, the land was equated with power. People who could hold large amounts of land were considered very powerful, and they became the monarchs who owned vast stretches. Then they granted parts of their land to men as a reward for services, making them “landed.” However, the person to whom the land was granted was never considered the owner. He could pass it down to descendants, but the moment there was no heir, the land reverted to the monarch. The monarch or overlord owned all the land in what is called a feudal system.

However, in the United States, the concept of land ownership was taken from the Greek, just like the concept of democracy. In ancient Greece, the land was owned by small landholders and farmers who became the citizens of the city-states. If a threat appeared, the landholders banded together to defend everyone's property. Once the threat was vanquished, each went back to his own holdings.

The land they held could be rented or sold to someone else to make a profit. Thus, the land was an investment and creator of wealth rather than an entitlement that was not owned.

The History of Land Titles

When the United States was formed, the land for the original colonies was considered to be owned by the British Crown, which continued the feudal system and granted land to royalty, nobles, knights, and military generals. The King of England continued to dispense land in this way up until 1779 when the Virginia Act was implemented and 1781 when the British army, representing the King, was defeated.

The new government of the United States confiscated the land from whomever the crown had granted it. The Land Ordinance Act of 1785 caused the lands to be surveyed and titled to the federal government for sale to those who wanted to settle on them. Since there was no tax structure at the time, land sales supported the government of the new country.

The Land Ordinance Act held the premise that all lands were freely alienable (not held by an overlord). Individuals could purchase land, make it productive, and hold title to it. The Land Ordinance Act of 1785 was the beginning of property rights in the United States. It created the legal framework for land ownership in which lands could be legally transferred through a land patent using a document called a title.

Land Titles and the Gas and Oil Industry

According to a legal precedent set by Wilcox v. Jackson in 1839, the Land Patent is the only form of perfect title to land available in the United States. The Constitution makes it illegal for the United States Government to own land except for the 10 square miles of the nation’s capital and to fulfill specific needs as created by an act of Congress.

A land patent is permanent and cannot be changed by the government once issued. The holder of the patent owns the land.

“Land is defined as more than the earth’s surface. It extends below and above the surface. It is not confined to solids but may encompass gases and liquids.”

Therefore, only the patent holder has the rights to the mineral beneath the surface. The oil and gas industry must negotiate a lease for the mineral rights directly with the holder of the patent of the land containing the minerals of interest.

The owner is compensated for the lease with a cash bonus paid upon completion of the mineral lease agreement and a royalty share of all the oil and gas extracted from underneath the land. During the term of the lease, the oil or gas company can drill for a productive well.

If the United States had not put into place the framework for private land ownership and the transfer of land patent by title and instead followed the feudal system found in Europe and other parts of the world, the government would own the land.

The person living on the land would not be able to negotiate for royalties, or even keep the oil and gas company off the property. If the government said the company could drill under the land, the people living on it would have no say in the matter.